The inaugural meeting to establish the Queens Park Golf Club took place in the Newtown Town Hall on 1st July 1948.

The first minutes for the formation of the Golf club which are held in the Clubs Historical Cabinet in the Clubrooms record that Mr George Laverrick was appointed as the temporary secretary. Mr George Cocks, who was the Shire Secretary with the Shire of Newtown, donated a trophy for the first competition.

In 1948 the Commonwealth Lands department as it was then known agreed to lease the golf club land, about 5 kilometers west of  Geelong, to the Newtown Shire Council and it was decided to form a nine-hole public golf course on the flat ground adjacent to the Barwon river and  Queens Park road.

The first competition round of 18 holes was played on Saturday 4th July 1948. The competition entry fee was 1/-(equivalent to 10 cents in the modern currency). The starters hut as it was known then was a small structure perched on a ridge to the left of the current 13th Fairway, which was washed away from the floods of 1952. The first tee was a small mound still on the 13th Fairway, which was used for many years as the women’s tee for the 13th hole after the layout was altered.

On 21st July 1948 a meeting was held approving the naming of the Club as Queens Park Golf Club.

The First President of Queens Park Golf Club was Mr Bill Olsen and the Club Captain was Mr Don Patience.

On 21st July 1949 a letter seeking affiliation with the Victorian Golf League (VGL) was sent, Meetings of the VGL were held in the Railway rooms above Flinders St. Railway Station in Melbourne. The meeting was attended by Mr Harold Fraser and Mr Russ Allen as representatives of Queens Park. The Club was first notified that it had been accepted as a member of the VGL in August 1949. The original application was lodged with the VGL rather than the VGA as the latter would not accept Clubs that did not have complete control of the course and tee. Queens Park joined the Geelong District Golf Association as a Full Member in the mid 1970’s

In the early fifties, the Club built its original clubhouse using voluntary labour from both the Golf Club and the Geelong Amateur Football Club which share the land zoned as Queens Park. The builder responsible for the project was Mr Jim Thomas who was also a single figure golfer and member with the Club. The Clubhouse was divided down the middle and shared with the football club, with one side fronting Stinton Oval and the other overlooking the Golf Course. Prior to the construction of the Clubhouse the Golf Club held its meetings and presented trophies in the back bar of the Great Western Hotel in Newtown.

In 1975 The Newtown Shire Council decided that the Public Golf Course could be expanded to 18 holes using land previously known as the Botanical Gardens. The new holes were planned to take advantage of the landscaped gardens and tree line and add to the course length. Soon after, a Council Depot was constructed to accommodate machinery and vehicles used in the maintenance of the Queens Park Golf Course, Ovals and picnic surrounds.

Since that date the course has been continually upgraded, with new and automatic watering systems, better equipment for course maintenance and a grounds staff under the supervision of the Geelong City Council Parks Department. Water supply to Queens Park comes from Barwon Water who owns the suspension bridge at Zillah Crawcour Park on the opposite bank to the 14th hole. Eighty percent of the 34 ha course is irrigated by a computerized irrigation system. Upgraded in 2005, this system enables separate irrigation of greens, fairways and tees, and a selection of individual irrigation stations.

Golf in general has enjoyed a large increase in popularity in the Geelong and district region, this is reflected in an enormous growth in club membership, together with a steady growth in revenue from public green fee players and visitors playing the course.

In 1990, the 10th hole of the Golf Course was  reshaped with part of this area being used to create a driving range for Professional Golf Lessons and practice.

Since the early days of the Club’s History Queens Park Golf Club has been actively involved in supporting Charities. During the 1960’s the VGL held the Sun Toy Fund Charity Cup at Queens Park Golf Course for four consecutive years and today holds an annual charity day in the Club fixture as well as a special Club event to support the Motor Neurone Foundation.

The use of the golf course land and facilities including administration, care and management is the responsibility of the Greater Geelong City Council, having been appointed as the Committee of Management by the Federal Minister for planning. In 2007, the City of Greater Geelong and the Minister approved a Lease for 8 years of the Land known as the Clubhouse, Pro Shop and the Driving Range, to the Queens Park Golf Club Incorporated pursuant to Section 17D of the Planning Act. 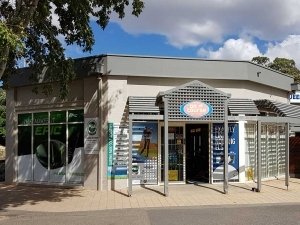 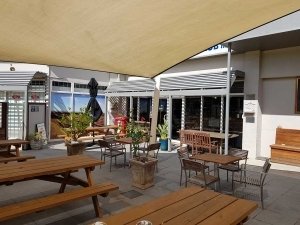 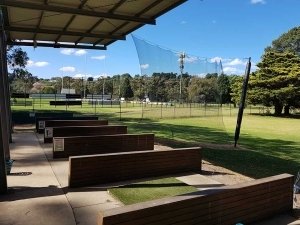